Let’s wind back the clock a bit…the year is 2012. After thrilling riders for over three decades, Six Flags Over Texas’ “Chute Out,” an aging parachute drop, was giving its final rides. The venerable took its final bow in October of that year, when dynamite felled the 200-foot structure.

The ride that would replace the nostalgic tower wouldn’t be a simple replacement – oh no. Instead, it would be a game changer. The small plot of land was ideal for another tower so how big was the park willing to go?

The saying goes that everything’s bigger in Texas and Chute Out’s replacement, Texas SkyScreamer, certainly lives up to that mantra. It wouldn’t be just 200 feet tall or even 300 feet tall. No, it would become one of an elite set of attractions to break the 400-foot barrier to become the tallest Funtime Star Flyer on Earth…by a wide margin.

“When we were approached by Six Flags, they had already seen the rides at other parks around the world,” recalls Ed Hiller, our CEO. But they wanted something special for their flagship park…their original park.”

Nothing about the construction of Texas SkyScreamer was small. From the foundation pour, one of the largest, continuous pours in North Texas history, to the newer, beefer structure (necessary for the incredible heights), this ride commanded attention before it even went vertical.

“There’s something surreal about holding a Guinness World Record certificate in your hand,” Ed said. “You can imagine just how proud of a moment it was for the entire design and install team to see it all come together.”

While no longer laying the claim of “World’s Tallest” (that title goes to the Orlando Star Flyer at 450 feet tall – another Funtime attraction) the sheer size and presence of Texas SkyScreamer at Six Flags Over Texas lends more to the eye than you see.

Yes, the ride is a thrilling attraction that families can still enjoy together but it’s much more than that. It is a park icon – a waypoint and statement piece that’s visible for miles all around. Even pilots routinely use it as a navigational aid when heading into DFW Airport.

But perhaps the best part of Texas SkyScreamer is standing at the exit, listening to the guests. There is no greater feeling in this industry than seeing all of your hard work bring smiles, laughter and joy to the masses…that’s just how we Ride. 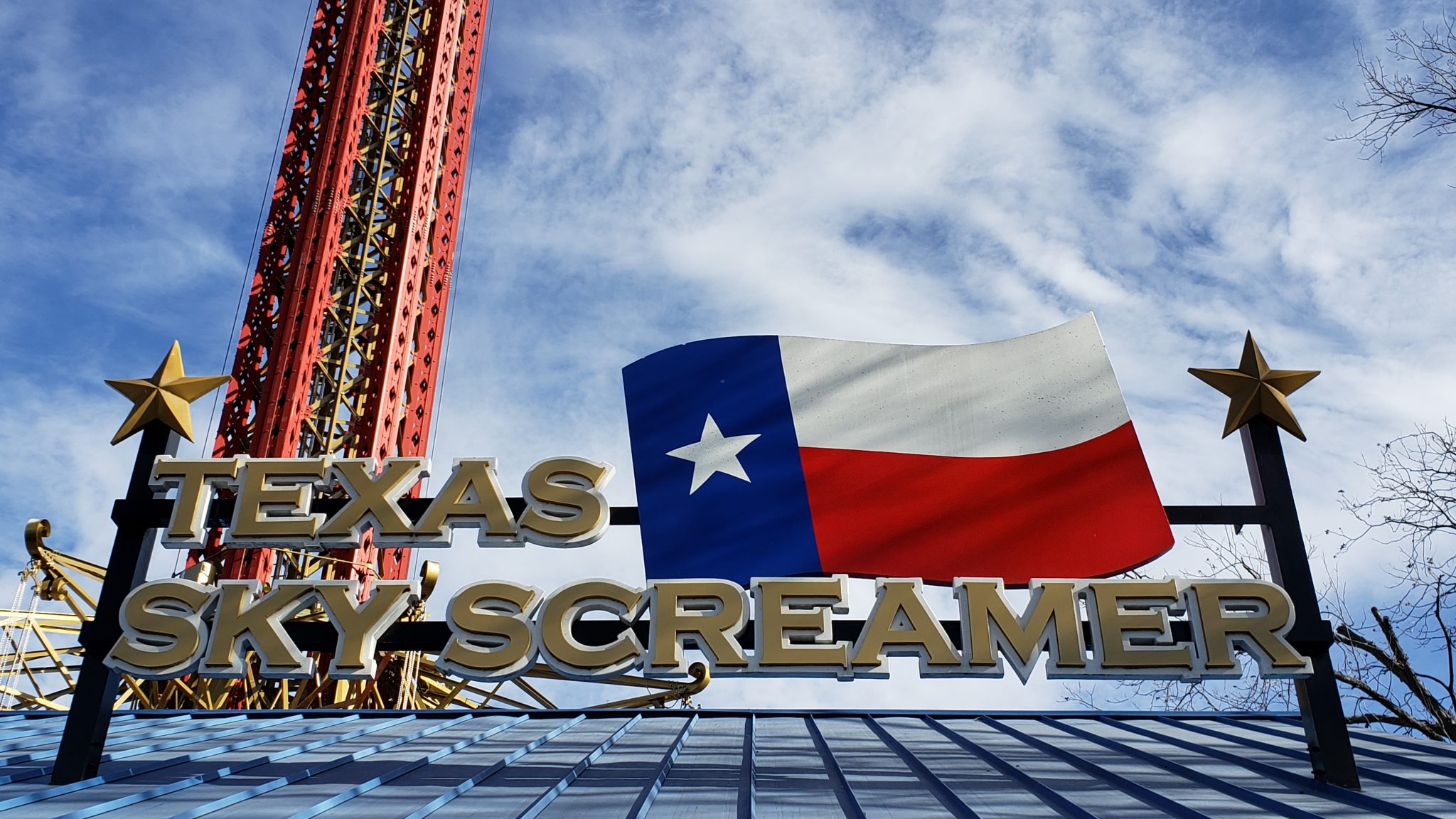